Home
Gastric Bypass Side Effects – The 9 Most Common Gastric bypass side effects are largely avoidable with the right diet and lifestyle habits, but they can lead to more serious complications if not addressed. The most common side effects include:

Read the sections below for details about and how to avoid each of the possible side effects of gastric bypass surgery.

We have an entire page dedicated to this topic because it is a possible side effect of other bariatric procedures like gastric sleeve surgery and duodenal switch.

The side effects that result from gastric bypass dumping syndrome include bowel movement changes, weakness, dizziness, flushing and warmth, nausea and palpitation immediately or shortly after eating and produced by abnormally rapid emptying of the stomach especially in individuals who have had part of the stomach removed.

While this sounds like a bad thing, many patients view it as a “blessing in disguise.” The symptoms of dumping syndrome are completely avoidable by eating a proper bariatric diet… can you think of a more convincing way to keep you on track? In fact, some patients who do not suffer from dumping syndrome will comment that they wish they did, as “dumping” removes some of the choice involved in food selections.

Dehydration can happen if you aren’t getting enough liquids throughout the day. You will need to drink a lot of water in the months following gastric bypass surgery – as much as 2 liters per day. Not doing so can lead to nausea and vomiting which can lead to even worse dehydration and other problems.

In severe cases of dehydration patients may need to return to the hospital for IV fluids and vitamins.

Due to malabsorption, not taking proper vitamins in the right amounts, potential pH changes in the saliva after surgery, poor dental hygiene, and not addressing significant reflux or vomiting issues (stomach acid in the mouth is bad for the teeth), some patients experience bad breath and problems with their teeth after surgery.

See our Dental Problems After Gastric Bypass Surgery page for a dialoge between several patients, dentists and bariatric surgeons about the issue.

If you have a tough time swallowing, it probably has something to do with how you’re eating. If you experience this issue, try eating more slowly or chewing more times for each bite.

Gallstones are small stones of cholesterol that are formed in the gall bladder or bile passages. They can be created following rapid weight loss, which leads to their development in as many as 1/3 of bariatric surgery patients. As a result, your surgeon may remove your gallbladder during surgery or prescribe bile salt supplements after surgery.

Kidney stones are stones in the kidney related to decreased urine volume or increased excretion of stone-forming components such as calcium, oxalate, urate, cystine, xanthine and phosphate. The stones form in the urine collecting area (the pelvis) of the kidney and may range in size from tiny to staghorn stones the size of the renal pelvis itself (1).

Although additional research is needed, one study suggests that the risk of developing kidney stones increases after bariatric surgery due to changes in digestion and the resulting changes in the chemical makeup of patients’ urine. Click here to learn more.

Drinking lots of water, which gastric bypass patients should do anyway, will help to dilute the urine and may help prevent kidney stones.

Hair loss occurs to some degree for most gastric bypass patients and can be caused by nutritional deficiencies or as your body’s response to major surgery or extreme weight loss. Most patients stop losing and start regrowing hair within 3 to 6 months following surgery.

Supplementing your diet with protein, vitamin B, magnesium, calcium and zinc, among other bariatric vitamins, will help prevent hair loss and improve hair growth.

Indigestion is defined as the inability to digest or difficulty in digesting food, the incomplete or imperfect digestion of food, or a case or attack of indigestion marked especially by a burning sensation or discomfort in the upper abdomen.

Treatment is usually as simple as changing your diet, such as avoiding greasy foods or limiting liquid intake to certain times of day. Alcohol, aspirin and other drugs are also causes. If diet changes don’t work, antacids and H2 blockers are sometimes prescribed.

Intolerance to certain foods, beverages and drugs – With a changed stomach size and digestive system, there will be certain foods, beverages and drugs that you’ll need to avoid and certain diet habits you’ll need to maintain (2). If you do eat foods that your body doesn’t tolerate, unpleasant digestive issues will follow, such as diarrhea, foul-smelling gas (which you may be able to take certain medications to address), nausea, and noisy “stomach growling”.

It is important to talk with your doctor before taking ANY drugs, as they can damage your stomach pouch after gastric bypass surgery and cause ulcers (including over the counter pain relievers – Motrin, Advil, aspirin, Aleve).

Regarding alcohol, a little may still be okay, but it will have a profoundly different effect on your body than it used to. First, it’s bad for your diet due to the large amounts of calories found in many alcoholic beverages. Second, you will become intoxicated more quickly following surgery which could lead to a number of problems. Finally, following surgery the effects of alcohol on your system could make liver disease more likely. 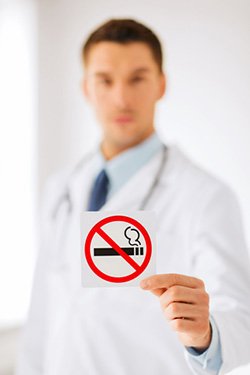 As for smokers, you must stop now. If you smoke after gastric bypass surgery, there is a good chance that you will get an ulcer in your pouch.

Following are additional potential gastric bypass side effects of the above intolerances to certain foods, beverages, and drugs:

There seems to be an increased risk of alcohol abuse among some gastric bypass patients. Advance awareness of this potential problem should help to mitigate this effect. See this ABCNews.com story for more information.

The right diet and eating habits after gastric bypass surgery can improve or eliminate all of the above gastric bypass side effects.  See the following 2 pages for more information…

References for Gastric Bypass Side Effects

* Disclaimers: Content: The information contained in this website is provided for general information purposes and your specific results may vary depending on a variety of circumstances. It is not intended as nor should be relied upon as medical advice. Rather, it is designed to support, not replace, the relationship that exists between a patient/site visitor and his/her existing physician(s). Before you use any of the information provided in the site, you should seek the advice of a qualified medical, dietary, fitness or other appropriate professional. Advertising: Bariatric Surgery Source, LLC has entered into referral and advertising arrangements with certain medical practices, original equipment manufacturers, and financial companies under which we receive compensation (in the form of flat fees per qualifying action) when you click on links to our partners and/or submit information. This site is protected by reCAPTCHA and the Google Privacy Policy and Terms of Service apply. Read More
CLICK HERE TO FIND A WEIGHT LOSS SURGEON
Advertisement